During the early 1970’s, while the author was residing in Penang, Malaysia, he wrote the eighteen lessons that are found in this correspondence course booklet. And since this course was first made available to the general public some thirty years ago, there have been literally hundreds who have been enlightened through a study of these Biblical lessons.

The new cover sheet design that appears on the present format was prepared by Rebecca Monroe, the author’s youngest daughter. But the lesson text remains basically the same as it was at the time it was typed in Malaysia by Ong Ah Lean, whose tireless hours of hard work as church secretary will always be appreciated.

The author has chosen to call this series of lessons “A Systematic Study” because he has long been of the persuasion that learning takes place far more readily when a systematic approach is used.

The lessons in this course have been arranged in a systematic manner, beginning with an overview of the Book of Acts. Moreover, three lessons have been devoted to the early history of the Church in Jerusalem, which is the city where the Christian faith had its origin.

As we go through this series of lessons, it must be borne in mind that the Apostles were under Divine guidance as they proclaimed the gospel of Christ, having been assured by Jesus that the Holy Spirit would guide them into ALL TRUTH (John 16: 13).

By the time the author wrote this course in the early 1970’s, he had already had several years of experience in the grading and follow-up work that is associated with correspondence courses. He was also of the persuasion that a special need existed for a course that offered the student a concentrated study on the Book of Acts. And he believes that “A Systematic Study of Acts of the Apostles” is a course that will meet the needs of all serious students of the Bible.

What is the name of God?
Don't know the answer?
Then sign-up for FREE Bible Course now! 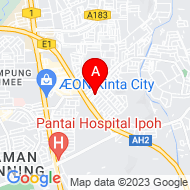